Hi everyone, my name is Matt. I’ve been playing drums professionally for over 30 years. I’ve played just about every style of music imaginable. I’m probably best known for being a metal drummer, but my musical interests are so widely varied that I would be shutting myself off to tons of opportunities if I just stuck with playing metal. Philm asked me to play with Stardust For Jennifer, and I jumped at the chance. I met Philm back in 1992 when he worked at a local radio station, and I worked 3rd shift at a gas station down the street. He made me a mix tape called “Mosquito and Mud”; a compilation of My Bloody Valentine, Slowdive, Curve, and lots of other things that were my initiation into Shoegaze. We lost touch after that for many years unfortunately, but circumstances changed, and I’m excited to be working with him. My influences are wide ranging. I’ve played metal for many years, but I’ve also dabbled in rockabilly, blues, jazz, and even some country. I’m excited to see what I can bring to the table in Stardust For Jennifer! 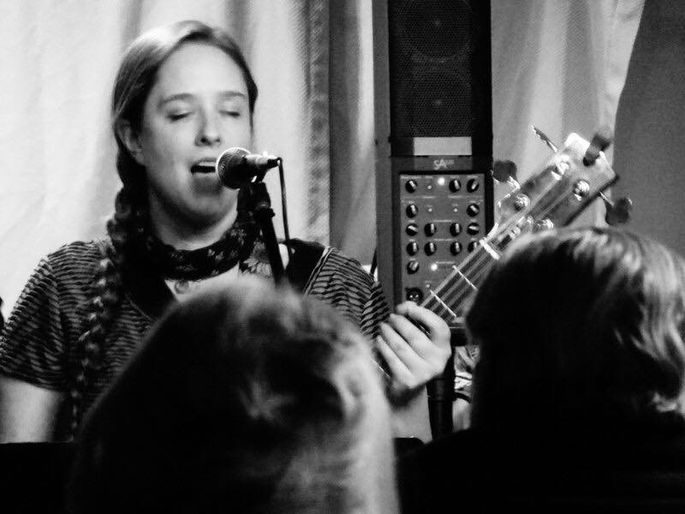 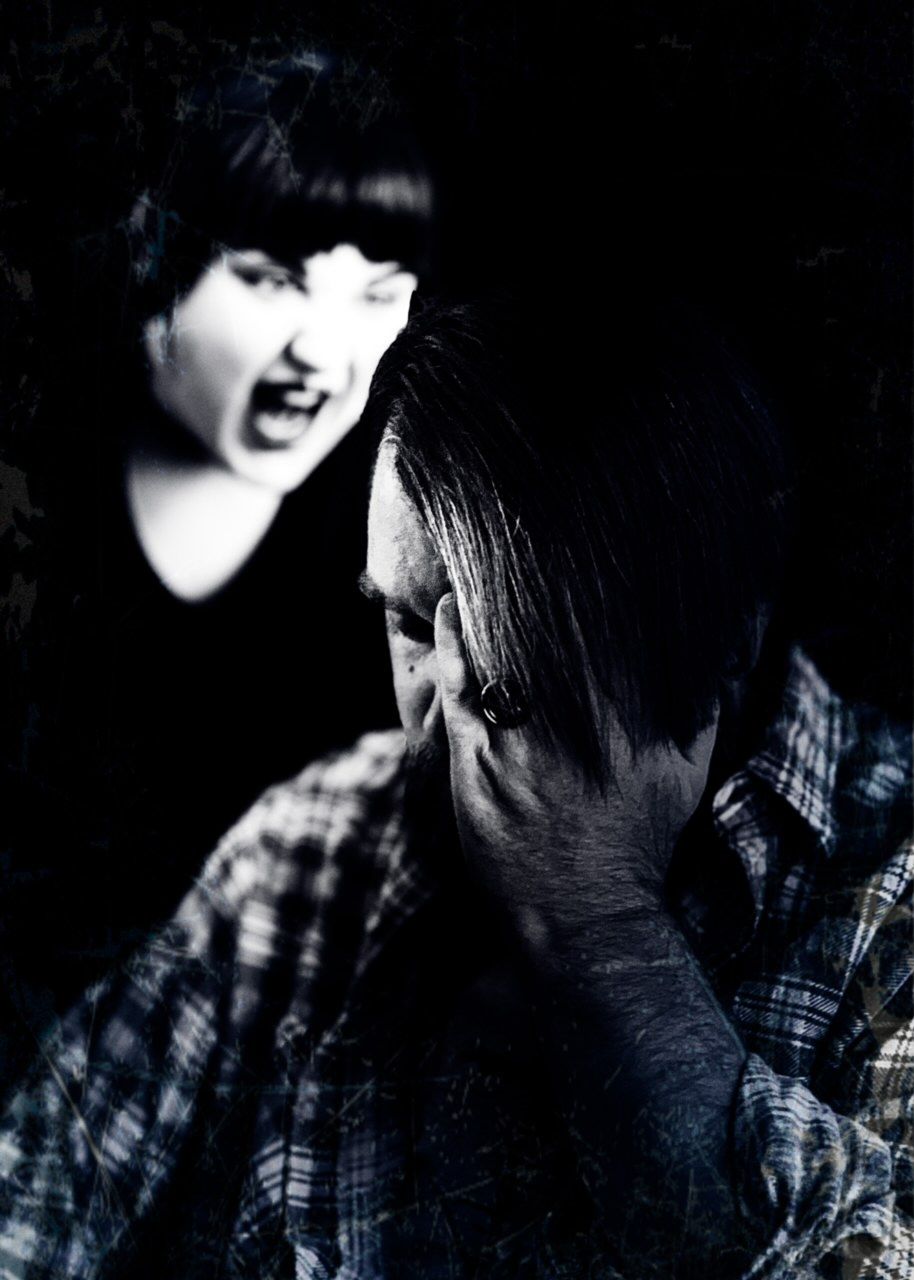 I have no past. The past is dead. I have no future. The future hasn't happened. There is only now. If I can't make music, I am not going to do anything. That is all there is to say. 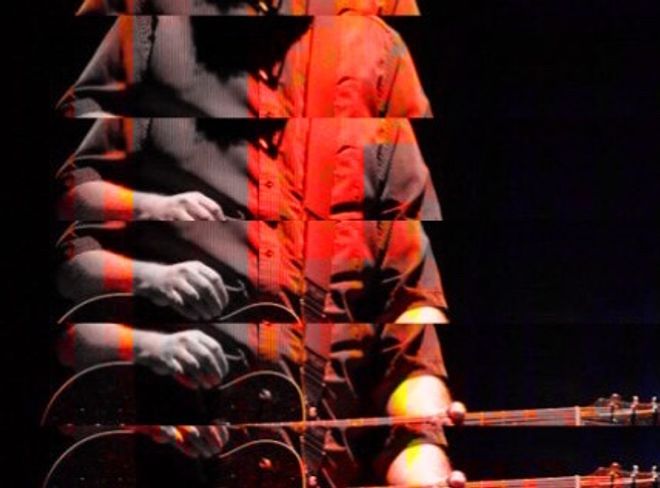 I was born in Sault St. Marie, Canada on May 9th, 1977. I am a Taurus. I come from a large family of deeply creative, loving, hearty, and well educated people. I love my family very much, and I’m blessed beyond belief to have them in my life. I grew up with my nose in books (my nose is still in books.) When I was young, I lived in my head, and was painfully shy. I felt fat, and awkward growing up. I didn’t really fit in anywhere. I've always had a very strange attraction to the Solar System, and felt as if I had been misplaced on this rock we call Earth. My mother, who is a teacher, saw how difficult public school was for me, and decided I should be “home schooled” (Thank You Mom!) Music became my first friend. I would steal the records my brother who would throw out. He thought they were crap (they blew my mind!) I grew up listening to Punk Rock, Post Punk, Industrial/Noise Music, and all the Shoegaze bands (I’m also quite fond of Ambient Music) Much to the chagrin of my older brother (A metal head, who is a deeply gifted, and successful musician) I taught myself how to play guitar, and piano. The record I learned to play guitar to was The Pixies “Surfer Rosa” (Djinn, and I bonded over The Pixies, and Sonic Youth years ago....It was love at first sight.) I had some very bad things happen to me when I was young that shaped me in ways I’m only  now beginning to see, understand, and reconcile. I am a gay man. I came out last year (A “late bloomer” at 39) largely in part to Philm’s, understanding, compassion, wisdom, and support. Over the last decade that we have been best friends, he taught me how to love, and accept myself....to respect myself, and my complexity. Yes, I’m “a bear”, but I don’t like the bear culture, and I dislike the term “bear”. I find the culture vapid, and superficial, as I do many facets of the modern world. I guess I’m a curmudgeon that way. I am an animator, and CGI artist. My nickname is “Eiffel”; which Djinn gave to me (How cool is that?! My best friend nicknamed me after my favorite Pixies song! Alec Eiffel! Yay!)

Philm was injured very badly from a violent assault almost 7 years ago. I have never left his side since then. I watched him go through hell. I held his hand when he could not speak. He still has nightmares about the attack. It’s still heartbreaking to think about. We don’t talk much about that time. I harbor profound hatred for the wretch who did this to him. It was during this time (when he was in the hospital) that our friendship was allowed to develop. We were “closet” best friends prior to this. This was due to extenuating circumstances. We were never really allowed to be the friends we knew each other to be. There was a certain dark force at work for both of us....the same force that put him in the hospital, was the same force I fought with for much of my life....out of the mud, flowers bloom....the alchemical wedding....we fought the dark, turning shit into Gold.

I always wanted to play in a band with Philm, but was too afraid , and intimidated to ask. Stardust For Jennifer is my favorite band, and Philm’s talent is immense, and multi faceted. He has made music with some of the most  profoundly gifted, and talented people there are. I never thought I was "good enough" to make music with him (he has since proved me wrong) I was always afraid I would be rejected if I broached the subject....then, one day, not long ago....he asked me to play guitar in Stardust For Jennifer. It was the happiest day of my life! I literally did cartwheels across the front yard! I felt a lifetime of pain heal in that moment. I still get goosebumps when I think of that day....

(Note)
Philm, and I are also in another band together called The Atomic Clocks. It’s my punk rock band. I started it so I could ask Djinn if "he would be in MY band?” Of course he said “Absolutely Robert!” We have a record finished, but I decided to shelve it till the new Stardust For Jennifer record is finished. It’s kind of a hybrid of punk rock, and Shoegaze. We’re both really proud of it. It’s just the two of us, and a drum machine/sampler.

Philm Martin has been my best friend, soul mate, biggest influence, and constant companion for a decade now. He is the big brother I never had. No one knows him better than I do. It’s my job to look out for him, and keep him out of trouble (He is REALLY good at getting in trouble, AND even better at starting trouble! He is a "Merry Prankster" at heart afterall) I am very protective of him. Those who know us both, affectionately refer to us as “The Twins”. We get into  to all sorts of mischief together. In addition to being a truly genius musician, and songwriter, he is a gifted painter, and artist. He is the most intelligent, affectionate, kind, loving, stylish, sensitive, and spiritual fella in my life (as well as the funniest guy I know) He is, hands down, the greatest man I’ve ever known. I’m honored to be in my favorite band, with my best friend.

We are Stardust For Jennifer, and we will mangle your minds! 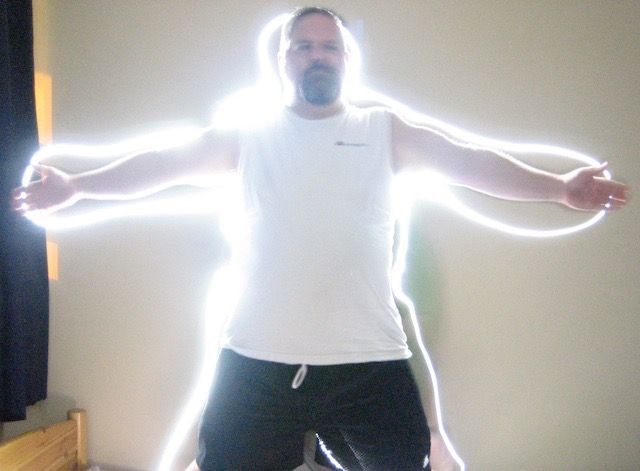 At the age of 5, I started playing the piano, and discovered a love of classical music that stayed with me my entire life.  I studied at the Royal Conservatory of Music in Toronto, all through my public and high school years, and when I announced my intention to go after a music degree at university, my mother sagely warned me that there was no money in music, so instead, I went in for computer science, and graduated with an honours degree in that.  Started my career at Apple in California, moved back home to Toronto (via a year in the UK) and started my own software company and spent the next 30 years as a “software novelist” building multimedia software.  When that company had gotten to the point where it no longer needed my daily care and feeding, I took a career break, and went back to my first love … you guessed it, music, and started composing for orchestra, and doing film and video game scoring.  My specialty is composition, specifically composing electronic music that doesn’t sound electronic.  I’m really excited about being a part of Stardust For Jennifer, whose gorgeous ambient music I’ve always found to be emotive, eminently listenable, and deeply moving.  I hope I can add some layers to that.