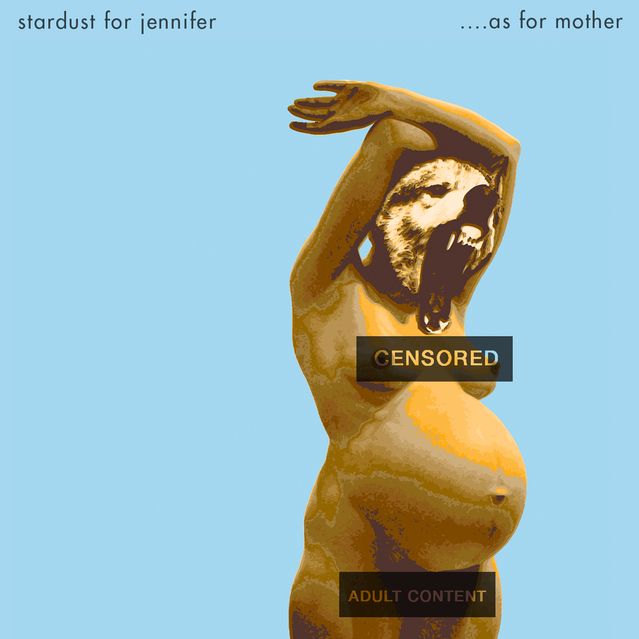 I know there are people who are going to react negatively to the cover art on the new record, entitled (....as for Mother), so before putting your "Family Values hat" on, you should probably read this first. Firstly, it's art, not misogyny, or pornography. I'm a gay man, and we have a female bass player, so do the math! Every hear of Hieronymus  Bosch? The painter? If not, look him up. Secondly, the concept came about whilst Lou Newton, and I were discussing our fucked up families/childhoods. I was re-reading Euripides "Medea" at the time (The Greek Tragedy), as well as having discussions about the archetypes, throughout history, of parents who destroy their children (wether its literal, or metaphorical. Male, OR female)) It was something we both shared some very common ground on, and "TA-DA!, we had a title. You will also notice, before the end of this page who the record is devoted to. So whatever you have to say in the negative about the art, we, as Stardust For Jennifer, don't care what you think. I mean for fucks sake, it's an INSTRUMENTAL album! This is the last time I will defend our art. Having said that, ladies, and gentlemen....as for Mother.

For the realization of this project, Stardust For Jennifer were....

(I Killed A Bear Today)

(The Boy Who Floated Away)

Without the Love, Support, and Protection of the following people, this record would never have happened....